Top 10 Most Expensive Sandwiches Ever 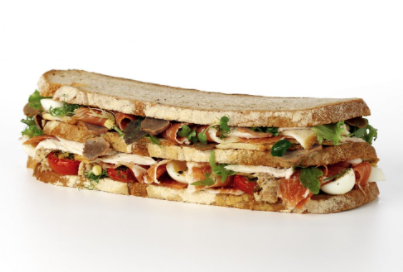 Most Expensive Sandwiches Ever The western world is the king of sandwiches. From them came the first meat, salad and sauce inside a loaf of bread. The name came from John Montagu, the Earl of Sandwich as it was alleged that he was the inventor of it. It now spreads in the whole world with different names used instead like Hamburger, which is the most famous one of them. Other types include French dip, Club sandwich, cheese sandwich, monte cristo, muffuletta, pilgrim, slopy Joe and submarine sandwich among others. Best restaurants around the world come up with crazy ideas every now and then which might cost you a lot of money to try, and other might not but they are still crazy. So skim this delicious essay and get your hand dirty.

May be you are in love with beef, but what about the brains of calves? The brains of calves or pigs are fried and made with different type of sausages in the western countries. The amazing thing is that these sandwiches are very famous and loved by many people

Following the model of the Rubik Cube, a cube that came out in the 1980s in which you are supposed to put the dice-like parts in order by lining the same colors side by side. This sandwich used meat and cheese cubes to simulate the same shape, how can we bite just escapes me!

May be you would think of buying such a weird sandwich while you are on a trip. A sandwich inside a can with different flavors like that of chicken and pizza as well as other sweet options, cut in the very middle and preserved well. I really find it a good idea, why not?

The Sandwich is a huge mix of the bacon and salami and sometimes there is pastrami as well. The sandwich got its name from Carmelo Anthony, a Knicks player. I don’t think that such amount of meat in one sandwich will keep anyone safe.

The sandwich came as a mixture of sweat and sour, but really taken to extremes. The Adsum restaurant topped cheese burgers with chocolate and the butter of peanut. Granted that the cheese is salt less or the chocolate is not sweet, I cannot figure how it would taste!

5 The Big Sandwich Most Expensive Sandwiches Ever

The size of this sandwich could definitely defeat the ones who used to share in food contests. Made of bacon, cheese, chicken, burgers, pepperoni among other crazy components; now you can see that it is not about size but the calories.

4 Double Down Most Expensive Sandwiches Ever

Now, I want to try this one. KFC just made the dream of many sandwich fans, they removed the bread part. With two pieces of fried chickens with beef or bacons inside along with different sausages, the flavor definitely will be powerful.

3 Macdonald sandwich Most Expensive Sandwiches Ever

One of the most expensive meals made by McDonalds is this one that may cost you up to 127 dollars. With wagyu beef, tomatoes, red pepper, mustard, and mayonnaise, unfortunately there is bread here!

With just two dollars you will buy one of the craziest ideas of Lasagne. As confectioners, it was a bit difficult for them to go into the world of sandwiches. They, thus, came with the idea of cream and strawberries in a loaf of bread.

1 Luther Burger Most Expensive Sandwiches Ever

Named after American singer Luther Vandross, the sandwich is a good mix of the sweet and sour, but this time it is very different. Instead of bread, makers used doughnuts inside which slices of beef and egg along with onions and sauce are put. The sweetness of the doughnuts are very clear that sugary top could even be seen!