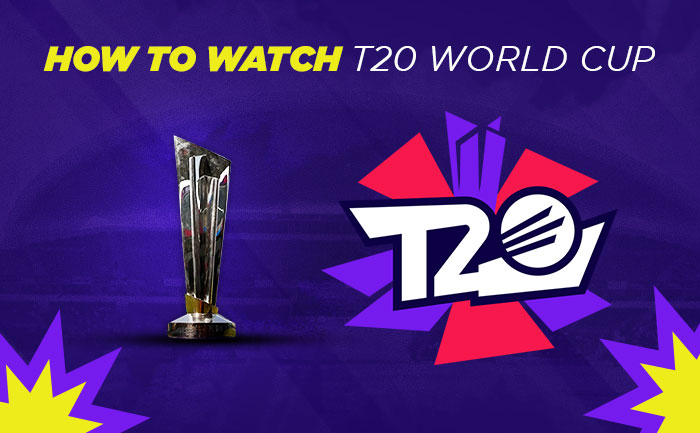 It is again that time of the year when the cricket fanatics are going to get what they want. The T20 World Cup 2021 is all set to take place and the fans can’t hold them calm anymore. However, with the prevailing risks of the pandemic looming over our heads, it isn’t surprising that more and more fans are switching to online streaming to keep themselves and their families safe.

If you are considering watching the cricket match online, be assured that the cricket matches and the entire tournament is going to be streamed online on DisneyPlus and Hotstar as per the schedule.

The entire tournament is going to be played among several countries in stages. The tournament has already kicked off on October 17, 2021. Eight countries are competing to gain one of the four spots in the Super 12.

Following that, the second stage qualified with another 8 teams is going to take place on October 23, 2021. India is part of that troop.

What is the schedule of the T20 World Cup?

The matches are going to be held in four venues, including Dubai, Abu Dhabi, Muscat, and Sharjah.

According to the reports, the first round is set to include 12 matches that began on October 17, 2021. It is the Super 12 that will integrate 30 matches divided into two groups. The Super 12 is going to begin on October 23, 2021, and will go on till November 08, 2021, till all the qualifiers are completed.

How to watch the T20 World Cup in India?

If you have a disneyplus.com login/begin, you can watch the same using that in India. The T20 World Cup matches will either start from 03:30 pm or 07:30 pm, depending on the day of the match. All the matches will be streamed live online on Disney+ Hotstar.

So, you can stream the matches online there, either via your smartphone or by using your smart TV. All the group stages to the final matches of the world cup will be available on the said platform.

However, you need to understand that being the exclusive streaming partner for the world cup. You need to have a Disney+ Hotstar subscription to be able to watch the online streaming of the match. Plans are starting from INR 499 per year for the mobile version. So, you can go through the available plans and pick out the one that seems the best for your requirements.

If you want to watch the T20 World Cup via your smart TV or even the laptop on Disney+ Hotstar, they have another plan that starts at INR 899 per year. Alternatively, you can avail of the Disneyplus free trial to check if the subscriptions are worth the money. You can find the free trial trick here.

Besides the OTT platform, all the matches will also be telecasted on Star India’s subsidiary channels via the cable connection or the other dish channels that you can look into. There are regional language channels in case you want the commentary to be in a specific language.

With the World Cup already in full gear, we’d recommend that you don’t waste any more time and get into your watching gear and start watching all the upcoming matches till the finals.

Also Read: When To Change Diaper Size at the right time